After Thought – A Rare Beer After Party 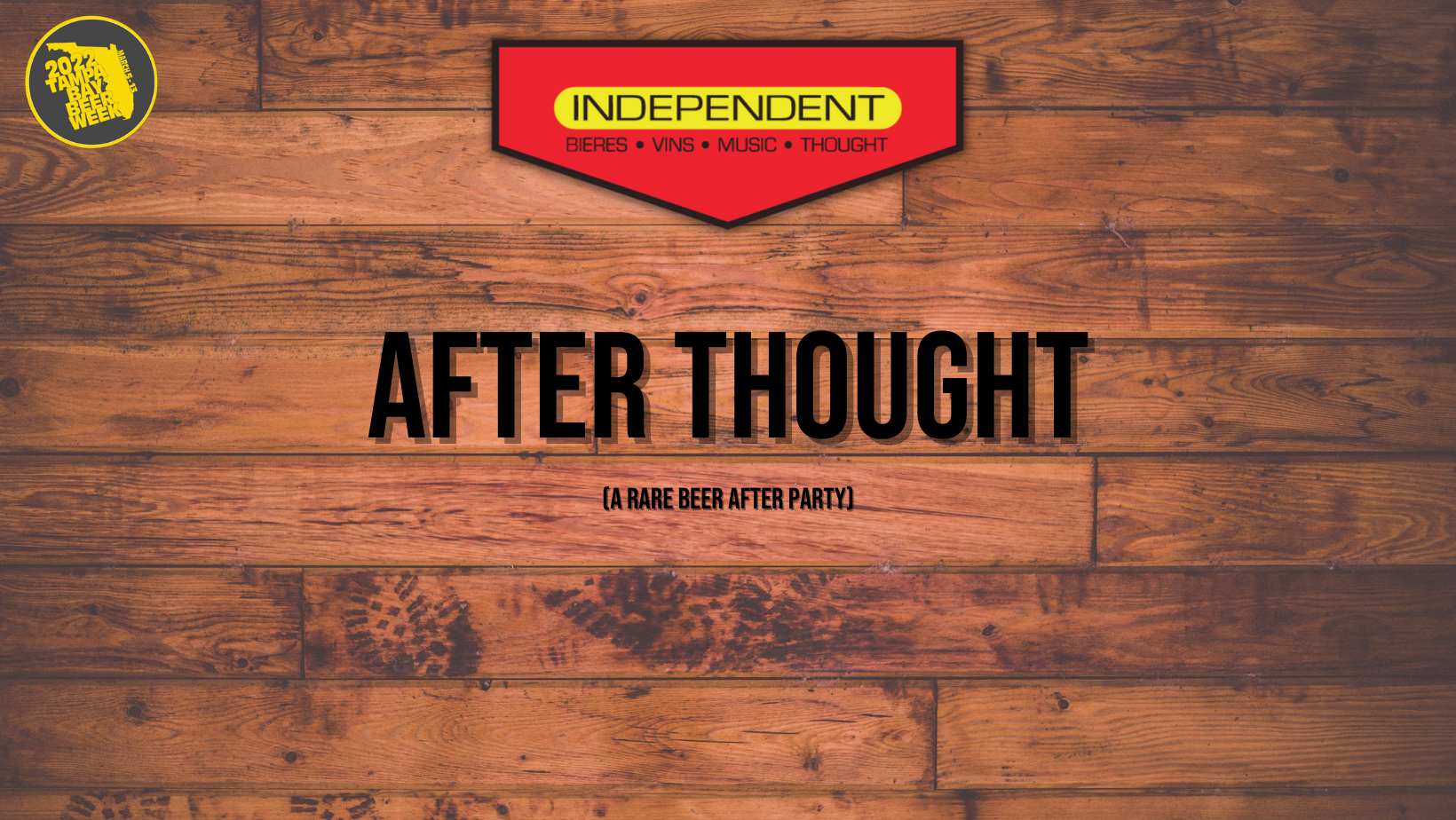 Step right over to the Independent Bar (St. Pete location) for a late night palate-cleanser after Green Bench’s can’t-be-missed Foeder for Thought sour beer event. Rarities and oddities on tap alongside the best of European classics. Mingle with the craft beer VIPS who are sure to slip over for a nightcap!
We will also be featuring John Nowicki and a late night set by the one and only Fat Jim Morrison for his first appearance on this side of the bridge!