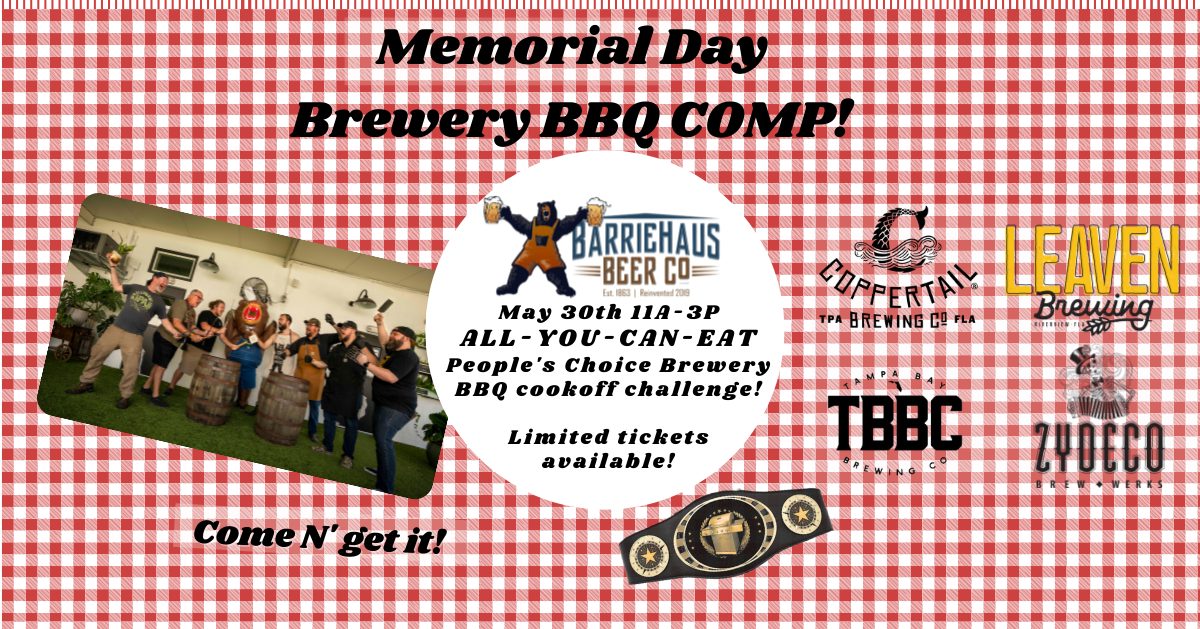 Sunday, May 30th
Doors open at 11A
ALL YOU CAN EAT BBQ Brewery competition from 11A – 3P
Participating breweries: Coppertail, Leaven, Zydeco, TBBC & BarrieHaus
People’s Choice Champion to be belted 4P
Ticket includes ALL YOU CAN EAT BBQ including sides, 2 beer tickets, and a chance to vote on this year’s Brewery BBQ Champion.

The jockey box will be set outside pouring beer from the sacrificial breweries… We mean visiting competing breweries.